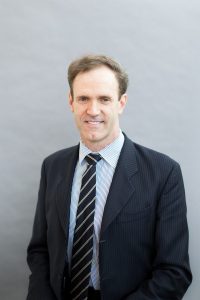 He is the author of several books, including Morality, Law, and Public Policy (2000), Economic Thinking for the Theologically Minded (2001), On Ordered Liberty (2003), his prize-winning The Commercial Society(2007), The Modern Papacy (2009), Wilhelm Röpke’s Political Economy (2010), Becoming Europe: Economic Decline, Culture, and How America Can Avoid a European Future (2013), Tea Party Catholic: The Catholic Case for Limited Government, a Free Economy and Human Flourishing (2013), For God and Profit: How Banking and Finance Can Serve the Common Good (2016), as well as monographs such as A Theory of Corruption (2004), and Banking, Justice, and the Common Good (2005). Several of these works have been translated into a variety of languages.  He has also co-edited books such as Christian Theology and Market Economics (2008), Profit, Prudence and Virtue: Essays in Ethics, Business and Management(2009), and Natural Law, Economics and the Common Good (2012).  He has also written on the thought of St. Thomas More.

He has also been cited in the Holy See’s L’Osservatore Romano, The New York Times, the Wall Street Journal, Forbes, the Weekly Standard, Time Magazine, Christian Science Monitor, the Washington Post, and the New Yorker.

In 2001, he was elected a Fellow of the Royal Historical Society, and a Member of the Mont Pèlerin Society in 2004.  In 2008, he was elected a member of the Philadelphia Society, and a member of the Royal Economic Society.  In 2017, he was made a Fellow of the Center for the Study of Law and Religion at Emory University.  He is the General Editor of Lexington Books’ Studies in Ethics and Economics Series. He also sits on the Academic Advisory Boards of Campion College, Sydney; the La Fundación Burke, Madrid; the Instituto Fe y Libertad; and the Institute of Economic Affairs, London; as well as the editorial boards of the Journal of Markets and Morality and Revista Valores en la sociedad industrial.

Samuel Gregg: Introduction of Jeffrey A. Tucker
2019 | The Future of Conservatism in a Bewildering Age

Samuel Gregg: Introduction of Makoto Fujimura
2019 | The Future of Conservatism in a Bewildering Age

Samuel Gregg: Keynote: Samuel Gregg
2013 | With Liberty and Justice for All: A Critical Reexamination of Social Justice