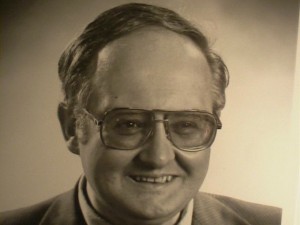 The Philadelphia Society awards annually a fellowship in memory of Leonard P. Liggio (1933-2024), who was a Distinguished Member and President of the Society.At the time he passed away Liggio was executive vice president of academics of the Atlas Network. During his career he also served as a research professor of law at George Mason University, vice president of the Cato Institute, president of the Institute for Humane Studies (1980-89), and president of The Mont Pelerin Society (2002-04).  He also held numerous appointments as a trustee or director of classical liberal research organizations around the world.

One of the founding fathers of the post-World War II revival of classical liberal thought, Liggio interacted with many of the intellectual leaders of the libertarian and conservative movements. He attended Ludwig von Mises’ graduate seminar at New York University, participated in meetings of Ayn Rand’s “Collective” in her Manhattan apartment, there beginning a long-standing friendship with Murray Rothbard. As an analyst for the William Volker Fund, Liggio laid the foundation for his life-long commitment to identifying and assisting classical liberal scholars.  He held a B.S. (history and government) from Georgetown University, undertook graduate studies at Fordham University, and was awarded an honorary Ph.D. from the Universidad Francisco Marroquin in Guatemala.

The Leonard P. Liggio Memorial Fellowship ideally recognizes a young scholar who is actively contributingto the discipline of history or is otherwise advancing ourunderstanding of classical liberal thought, especially as it is informed by history, law, or political economy and the Christian tradition.