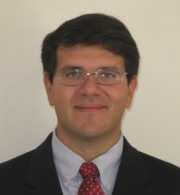 His research in the history of political philosophy focuses on the Enlightenment. He is the author of Love's Enlightenment: Rethinking Charity in Modernity (Cambridge University Press, 2016), and Adam Smith and the Character of Virtue (Cambridge University Press, 2009), and his edited volumes include Adam Smith: His Life, Thought and Legacy(Princeton University Press, 2016), the Penguin Classics edition of Adam Smith's Theory of Moral Sentiments (Penguin, 2010), and with Darrin M. McMahon, The Enlightenment: Critical Concepts in History, 5 vols. (Routledge, 2010). His articles have appeared or are forthcoming in American Political Science Review, American Journal of Political Science, Journal of Politics, Political Theory, European Journal of Political Theory, Review of Politics, Social Philosophy & Policy, History of Political Thought, Journal of the History of Philosophy, Revue internationale de philosophie, and Archiv für Geschichte der Philosophie. He is also the recipient of Fellowships from the Mellon Foundation, the National Endowment for the Humanities, and the Arête Initiative, and past president of the International Adam Smith Society. He is currently completing two projects: a monograph on the political philosophy of Fénelon, and a volume of translations of Fénelon’s moral and political writings.