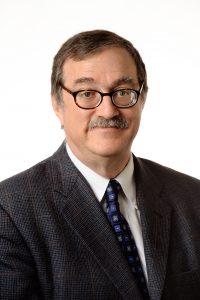 I’m delighted and honored to greet you as President of The Philadelphia Society for the year 2021-22.

Needless to say, these are difficult and even dismaying times for the members of our Society. Even though there has always been a lively variety to our fellowship, which brings together conservatives, traditionalists, classical liberals, libertarians, and other dissenters from the liberal-statist mainstream, rarely have we felt as united in trepidation as we feel today. We find the condition of our country to be extraordinarily fragile and uneasy, as our most enduring traditions and fundamental liberties find themselves under assault—coming not from the far fringes, but from many of those in the nation’s highest positions of leadership. The ballast of custom and memory that has steadied us for so long now seems almost entirely gone, withered away by miseducation and folly.

But this should not lead us to despair. Unlike a great many of our fellow Americans, members of this Society have memories. They know this is not the first time we Americans have experienced anxious times. And they know that the anxiety was far more warranted in those earlier years. Perhaps the relative ease of recent years has blinded us to the fact that life is an inherently risky business, and every worthwhile thing in our world must face repeated times of testing. But that is the way of the world. If we wish to live to see America and the West survive and thrive, we have no choice but to struggle against the currents of the times, for the sake of the things that are fine and good and noble. Others have done the same thing, in times more dire than these. We need to remember their example.

This is what the Philadelphia Society is for: the preservation, both through what is said in our meetings and the way it is said, of the precious distillate of our civilization—a civilization that includes both Athens and Jerusalem, science and Biblical religion, as its foundational principles, and that has thrived on the possibility of robust interplay between them.

We are Philadelphians in two senses of the term. We are Philadelphians because we look to the long and rich (and complex) intellectual and moral heritage to which the city of Philadelphia, in both 1776 and 1787, acted as a singular host at a single remarkable time in the history of the world. That heritage had begun in classical and Biblical antiquity, had wended its way through the medieval and early modern periods, accumulating wisdom and insight at every turn along the way, taking it wherever it found it, and using it to inform our legal codes and political institutions and moral reasonings and philosophical musings. We are the products of this long journey, and also the ones who will continue it.

But we also are Philadelphians for a different reason. We are a Society, and a Society that is animated not only by the spirit of disputation, but more deeply by a spirit of brotherly love. (Which, brothers and sisters often being contentious sorts, can mean we engage in a whole lot of disputation.) But being a Society means that we are not a think tank, not a political organization, not an ideas factory, not a professional association, nothing like that. We don’t seek publicity for our meetings; in fact, we seek to be as private as possible. We always want to create an environment to which those of finer sensibility can repair, and renew themselves for the battle against the obscenities and absurdities of our times. Above all, we seek to be together, to gather in person, as we just did in Fort Worth this spring. Let us hope that we can continue do the same in the months ahead.

Over the years our meetings have often revolved around economic or political issues. But our next two meetings will seek to explore the condition of our culture. Too often we put questions of culture—the tenor of our public life, the health of our families, the quality of our educational institutions, the texture of our arts and entertainments, the condition of our souls—far down on our list of priorities, as if they were luxury items to be gotten to later. The folly of our doing so is becoming apparent, as we face the prospect of a rising generation whose sensibility has been shaped by a fanatical and illiberal culture of repudiation and erasure, and for whom the most fundamental claims of our civilization are treated, like the statuary of past leaders, as objects of scorn and derision.

This state of affairs cannot stand. But the battle against such malignant ignorance cannot be won only in the political arena. It can only be secured through the restoration of our culture. our eroding culture, moving beyond lamentations toward solutions. How can we regain a healthy public culture? How can we more rapidly create alternative institutions in K-12 education, that will be able to overtake the influence of mainstream public education, and that concern themselves with the cultivation of character as well as intellect? How can we revolutionize the wasteful and dysfunctional quagmire of higher education? How can we preserve the vitality of our religious liberties, and perhaps even more importantly, our liberty of conscience? How can we restore the patriotic sentiment that is essential to the maintenance of a republican form of government? These are some of the questions we will address.

As my illustrious immediate predecessor Sam Gregg has said, anyone who assumes this position will feel humbled to be following in the footsteps of past presidents such as Ellis Sandoz, Forrest McDonald, Ed Feulner, Roger Ream, Leonard P. Liggio, and Henry Regnery, to name just a few. I’m also grateful to have the advice and assistance of our stellar Board of Trustees, and of course of my good friend Lenore Ealy.

But this organization is not its leaders; it is its members. It is, or should be, a kind of republic. Which is why the leadership of the Philadelphia Society is at the service of its members and we are always interested in their thoughts about the workings of The Society and its programs. Please do not hesitate to contact me or any of the Trustees, if you have ideas, suggestions, complaints. In whatever we do, we shall strive to exemplify the responsiveness of republicanism at its best.