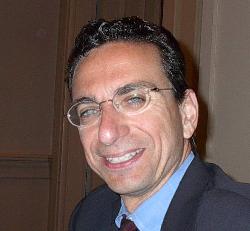 In a way no one anticipated, George W. Bush has shifted the national
conversation about renewing America’s social fabric.

Not since Dwight D. Eisenhower has a president
used the bully pulpit as aggressively to tout the importance of faith to
republican government. “Without God, there could be no American form of
government,” Ike bluntly put it, “nor an American way of life.”[1]

President Bush seems no less persuaded that
religion is required to keep the democratic machine up and running. His
faith-based initiative assumes that religion’s ability to spark personal and
social reform is essential to the nation’s welfare. “In every instance where
my administration sees a responsibility to help people,” Bush says, “we will
look first to faith-based organizations, charities and community groups that
have shown their ability to save and change lives.”

The
president is in good company when he links cultural renewal to religious belief.
Nobel-prize winning economist Robert Fogel makes essentially the same argument
in his recent book The Fourth Great
Awakening and the Future of Egalitarianism. As does Robert Putnam in his
bestselling book Bowling Alone. He
calls faith communities “the single most important repository of social
capital in America.”[2]
It’s the same idea in Alan Ehrenhalt’s book The
Lost City: The Forgotten Virtues of Community in America.

The president’s agenda is a work in
progress, but several themes have emerged in the debate over the role of faith
in the public square. Make no mistake: Until religious ideals and institutions
re-emerge as the bedrock of civic life, there’s no good historical reason to
expect widespread social renewal.

First, the secular dogma guiding
social-welfare policy must be overturned. This is the hardest task facing
the White House, yet the failure of government programs to face the moral and
spiritual dimensions of poverty, drug use and family disintegration can no
longer be ignored.

The
president sent the right message when he appointed John DiIulio, a leading
academic researcher into the potency of church-based ministries, to head his
Office of Faith-based and Community Initiatives. When doubters maligned the
initiative as “untested” and “risky,” DiIulio delivered the perfect
rebuttal: “We already know more of a scientific nature about the extent and
efficacy of these programs than the architects of the Great Society ever did
when they launched their big-government initiatives in the 1960s.”

Defenders of the Welfare State resist this idea with every breath. House
Democrats fought intensely last year over how—and whether—to allow
voluntary religious activity in government-funded programs. One got
the sense that, apart from any First Amendment concerns, critics couldn’t
fathom how exposure to religious ideas or practices might help those in need.

Social
science researchers, who’ve done so much to shape public policy, seem equally
baffled: A recent evaluation of more than 400 studies of juvenile delinquency
found that barely 10 percent even took religious into account. The reason,
explains Harvard professor Theda Skopcol, is that the academic literature on
social-welfare policy is “so dominated by leftist secularists that it has
written out of the record” the work of religious organizations.

The result is a human-service regime that remains indifferent to matters
of the heart. This judgment was driven home, for example, in interviews I
conducted outside needle-exchange programs in New York City. The idea of these
programs is to give clean needles to intravenous drug users to keep them from
sharing syringes and getting AIDS. One patron, who gave his name as Walter,
already had the disease. He was selling his free needles for drug money. Asked
if he could imagine a life without heroin, he winced: “I’m past that. The
only good thing I do is getting high.”

As
applied to social services, this is the mischief of materialism: It stops hoping
that people, with God’s help, can change. They stop hoping as well.

Yet common sense, not to mention the history of the church’s ministry
to the poor, tell us that treating people with God-given dignity matters
supremely. Indeed, good social-science research increasingly is making the case
that faith makes a difference. A faith-friendly White House can promote that
research and help set the record straight.

A second lesson from the fight
over the president’s initiative is that civil liberty and religious liberty
must be defended together. The Senate bill now being considered, called the
CARE Act, requires “equal treatment” for all social-service providers
seeking government support. That’s a milestone for government social policy.

Nevertheless,
it omits key religious-liberty protections passed in the 1996 Welfare Reform law
and approved by the House last year. The provisions, called “charitable
choice,” allow organizations getting federal welfare funds to keep control
over the “practice and expression” of their religious beliefs. The law also
permits charities to use religion as a criterion for employment.

It was the latter provision that nearly derailed the legislation and
forced the Senate compromise bill. Liberals, gay activists, and others assault
the hiring protection as “federally-funded discrimination” and “turning
back the clock” on civil rights. The Salvation Army even came under fire for
allegedly offering the White House a quid pro quo: support of the Bush plan for
federal exemptions from against anti-discrimination laws that clash with Army
rules against hiring homosexuals. One of the nation’s most respected charities
was vilified as a haven of intolerance.

The
remarkable thing is that such open assaults on the independent sector are now
routine. No private organization—secular or religious—can preserve its
freedom if it loses control over its fundamental mission. An organization’s
staff, of course, carries out that mission by embodying its deepest beliefs and
values. That’s as true for Planned Parenthood as it is for Prison Fellowship.

Nevertheless,
even so-called New Democrats such as Senator Joseph Lieberman are citing Civil
Rights legislation of the 1960s to complain about groups that discriminate in
employment for religious reasons. Never mind that the 1964 Civil Rights Act
specifically exempts religious bodies from anti-discrimination laws on the
employment question. Never mind that the Supreme Court has upheld this right for
private and religious institutions as a First Amendment protection. And never
mind that there’s something deeply offensive about comparing the inner life of
America’s churches and synagogues to the institutionalized racism of the Deep
South, circa 1950.

Unfortunately,
the White House has adopted a strategy of silence on the question. This may have
salvaged the legislative effort for now, but at what cost? The Boy Scouts—who
meet in living rooms and take no government money—barely survived a recent
Supreme Court challenge to their prohibition against gay Scoutmasters.

The
autonomy of religious institutions is no longer taken for granted, in part
because of a failure to see the nexus between religious and political liberty.
Herein lies the next frontier for militant secularism, and unless checked, the
president’s initiative will be draw into its dark wood.

Third, church and state must work together to reassert fatherhood and
marriage as a national ideal. Democratic
Senator Daniel Patrick Moynihan recently was asked what he considered the most
significant cultural change of the last 40 years. His answer: the meltdown of
the two-parent family.

“The principal object of American government at every
level,” he says, “should be to see that children are born into intact
families—and that they remain so.”

That
can’t happen without intense suppport from churches, synagogues, and
congregations of every stripe. It must be one of their principal objects as
well.

The
most vital social function of religious communities is to strengthen families.
How could it be otherwise? The task of raising children and building strong
marriages demands sacrifice and moral commitments sustained by religious belief.

As David Blankenhorn, author of
Fatherless America, puts it, “the renewal of fatherhood in our
society, if it is to occur at all, will be instigated in large measure by people
of faith.”[3] Whatever else our
congregations set themselves to do, they must not neglect what amounts to a
sacred duty.

A Bush White House now makes it possible for government and religious
institutions to mobilize together around the nation’s most urgent social goal:
the restoration of fatherhood and marriage.

The administration seems to appreciate this fact. In its welfare
reauthorization plan, the White House would allocate $300 million to state
programs to “reduce nonmarital births and increase the percentage of children
in married-couple families.” We can argue over whether this is a federal
responsibility, but we can no longer rationally argue that government has no
interest in the fate of fatherhood in America.

Despite
the rhetoric of extremists, support for the two-parent family remains wide and
deep, crossing political, racial, and economic lines. The administration should
enlist organizations such as the National Fatherhood Initiative, Marriage
Savers, and the Alliance for Marriage—the latter being a coalition of
religious leaders who disagree on most things, except the sanctity of marriage.

Each
of these groups taps the authority of religious communities to promote the
two-parent family as a civic norm and the surest way to reverse cultural rot.
“We now have 30 years of evidence and suffering,” says Matt Daniels,
president of the Alliance for Marriage. “We must use every lever available to
promote marriage.”

A final lesson of this debate is that the task of social renewal belongs
primarily to forces outside Washington.
This may prove to be the greatest accomplishment of the Bush initiative:
restoring civic trust between church and state. Over the last 18 months, at
least 14 states have established offices to broker agreements between
social-service agencies and congregations. Bush’s home state of Texas has
moved the fastest, forging hundreds of partnerships with religious groups to
help with everything from welfare-to-work programs to criminal rehabilitation.

More
than 100 mayors have announced plans to launch similar offices in their own
cities. Al McGeehan, mayor of Holland, Mich., puts it this way: “If people
don’t understand the positive linkage between faith-based organizations and
city hall, they’re not living in the real world.”

Right
here in Philadelphia, the former mayor personally appealed to religious leaders
to create one of the nation’s most ambitious mentoring programs for at-risk
children. In less than six months, churches mobilized more than 500 new mentors,
doubling the existing Big Brother Big Sister program. Much of this activity
would have been unthinkable not long ago.

Though the president is making an ecumenical appeal, there’s
a special opportunity—and a serious challenge—for religious believers in his
initiative: a vision for civic engagement that does not expect the church to
surrender her prophetic role in order to serve the common good.

To
borrow from the apostle Paul, a faith-based initiative that takes the church’s
mind off things above won’t do much good for the things below. “If you read
history,” wrote C.S. Lewis, “you will find that the Christians who did most
for the present world were just those who thought most of the next.”

If
the church is no longer free to be the church, the president’s hope of
mobilizing the “armies of compassion” will dissolve. It remains to be seen
whether he and other leaders in government
will use the tools of government—law, public policy, and the bully pulpit—to
preserve their freedom and multiply their works of mercy and grace.

Joseph
Loconte is the William E. Simon Fellow in Religion and a Free Society at the
Heritage Foundation and a regular commentator on religion for National Public
Radio.