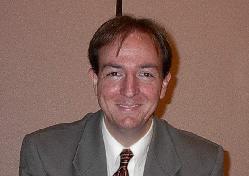 America’s
musical culture, or more precisely its popular musical culture, is a source of
recurring public argument about the moral quality of popular music and its
effect on the character of the young.   It
is perhaps no longer very interesting to explore the arguments on each side of
this controversy, because they are by now very well known and even well-worn.
Critics of pop music accuse it of glorifying mindless violence and
irresponsible sex, while its defenders invoke the sacredness of the First
Amendment, of artistic creativity, or, taking a lower road, suggest that the
most disturbing pop music is merely a joke that nerdish parents or social
commentators just don’t get.

As
these arguments are so well-rehearsed, perhaps it is more profitable to ask why
our popular musical culture tends in such a direction.
Why are the young attracted so powerfully, and in such large numbers, to
such apparently ugly music?   And why
are the critics so unsuccessful at halting our musical culture’s movement in
such a disturbing direction?

I
would like to try to shed some light on these questions by turning to Plato’s
account of music and its role in the proper education of the human soul.
Plato’s understanding of the soul as made up of three elements is well
known.   There is, he suggests in The
Republic, appetite or desire (meaning the part that desires bodily
pleasures), spiritedness (that part of us that is capable of anger and
self-assertion, that desires glory), and reason or intellect (that part of us
that capable of perceiving the truth and that desires to do so).
Plato’s understanding of the health or flourishing of the human soul is
also well known.   That soul is
properly ordered, and is happy, in which reason rules, in which the
wisdom-loving part is free to contemplate the truth of things and to direct the
actions of the whole soul in accordance with that truth.

Unfortunately,
however, the nature of the soul is not such that reason rules spontaneously.
On the contrary, Plato indicates that in the ordinary course
of things appetite and spiritedness are much more powerful than reason.
What is needed, then, is culture, some cultivation of or education of the
soul that forms it with a view to its true health and true happiness.
What is needed is something that will strengthen reason and tame the
appetites and the spiritedness.   This,
according to Plato, is music, or at least the right kind of music.

Music
is prominent in Plato’s account of the education of the soul because of its
natural power and its ability to speak to the soul when it is most
impressionable.   The rearing in
music is most sovereign, Socrates suggests in The
Republic, because rhythm and harmony most powerfully lay hold of the soul
and because they can speak to it and form it even before it is capable of
rational speech.
The rational element in us longs by its nature to comprehend
the intelligible beauty of the cosmos, and to conform our lives to that beauty
through acts of moral nobility.  The
right kind of music, by its sensible and pleasant depiction of such intelligible
beauty, elicits and strengthens this longing, and by doing so tends to quiet the
other, more immediately felt desires for bodily satisfaction and spirited
self-assertion.

Such
a musical education is good for us, Plato suggests, because intellect and its
moral and philosophic desires are, though not as spontaneously powerful as those
of appetite and spiritedness, more profound, more truly us.
And the absence of such an education in music — or, perhaps worse, a
miseducation in music that inflames the passions at the expense of reason — is
bad because it alienates us from our true selves.
Such a rearing leads to the worst kind of tyranny, tyranny in the soul
itself, the rule of the lower and less human elements over the higher and most
human element.   Such a life is not
only judged as bad by philosophy but is experienced as bad by those who lead it.
It is a life of constant desire, constant satisfaction, and constant
self-reproach, the latter arising because of the soul’s indestructible sense
that it is not pursuing what it truly wants.

What
light does this account shed on the current direction of popular musical taste?
I would contend that the trend in pop music toward the obscene and the
violent, and the receptivity of the young to such trends, results from our
culture’s neglect of the musical education of souls and the consequent
uneducated groping of the young toward the good.

Our
dominant culture is amusical, both in the obvious sense that it does not take
musical character formation seriously, and in the more profound sense that the
models of good character that it offers to the young do not admit of a musical
presentation.
Modern commercial society’s “good life” is that of
enlightened self-interest in the service of the desires of the body.
Such a life contains nothing that could compel our admiration, nothing
capable of satisfying the deeper, though less immediately felt, longings of
reason for moral nobility and philosophic insight.
Confronted with the prospect of life in such a society, the young rebel
against its constraints.   There must
be more to life than this, they think.   And
of course they are right.   But since
they have not received the classical rearing in music that draws out the
soul’s natural attraction to the virtues of character and mind, they can have
no accurate sense of what that “more” is.
Thus they turn to the most obvious thing: overindulgence of the pleasures
of the body.   Bored with
modernity’s sober and cautious pursuit of pleasure, they turn instead to the
careless and even reckless enjoyment of excessive pleasure, especially the
pleasures of sex, as well as to the music that celebrates such a life.
Hence Allan Bloom’s observation in The
Closing of the American Mind that rock music — at least the most daring
rock music of his time — is primarily about infantile sex pursued to extremes
for the sake of its own pleasure.

This
is not, however, the last stage of the youthful soul’s, or of pop music’s,
progress in modernity.   Sexual
overindulgence proves in the end no more responsive to our most human desires
than the timid bourgeois pleasure-seeking from which the soul recoiled in the
first place.   Once again the young
seek for more, but once again, in the absence of the musical education of the
ancients, they have no idea where to look.
They have exhausted the body as a source of fulfillment, but they know
nothing of reason.   Thus they turn
from bodily appetite to the far more interesting and dangerous regions of the
spirited part of the soul, the seat of anger and self-assertion.
Hence the emergence of a new, more disturbing popular music, one that
adds violence to sex and is dually obscene for its celebration of both
unrestrained physical gratification and the joys of uncontrolled spirited
self-assertion.   Indeed, the
apparent summit of the new rock and rap’s perverse genius is to not merely add
spiritedness to sex but to combine them: intercourse itself is presented not
only as a source of physical pleasure but also as an occasion for
self-assertion, a way of gratifying the body with the aid of another while
simultaneously gratifying the spirited element by degrading that other.

Why
are the contemporary critics so powerless to resist this music?
Because they fail to offer the soul what it truly wants.
The typical criticism of obscene pop music takes the form of
a condemnation of excessive spiritedness in defense of the well being of the
body.   Thus the most common
complaint is that some song glorifies murder or rape.
That is, the critics appeal from this tyranny of the spirited element to
the tyranny of the desiring element of the soul, which is precisely what the
young have already intuited is unsatisfying and from which they are blindly
fleeing.

On
this classical analysis our sexually and violently obscene popular music appears
as an increasingly unwholesome but nonetheless understandable reaction on the
part of the young to the spiritual poverty of modernity.
And as an alternative to its thrilling barbarism the critics of such
music offer nothing but more of the boring, amusical soullessness of
modernity’s cautious and calculating hedonism.
They counsel the young to reject the life depicted in such music because
it is a threat to our comfortable security, thus offering only a mediocrity that
is no more attractive or worthy of our humanity than the evil that they blame.

Plato
could prescribe a cure for our pathologies of the soul: the serious attempt,
including the educational use of the right kind of music, to encourage our
pursuit of the highest goods attainable by man, reason’s enjoyment of moral
nobility and theoretical truth.   In
our defense of decency we must, The
Republic suggests, seek a restoration of or creation of a musical culture of
human flourishing rather than merely fight a rearguard action against a musical
culture of human depravity.