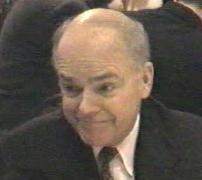 I
speak from the basic proposition that conservatives can govern–although
there is some recent evidence to the contrary. Let me offer as proof the
remarkable accomplishments of conservatives in three quite different decades.

In
1948, President Truman achieved a historic upset victory by running, not against
his opponent Thomas E. Dewey, but against what he called the
"do-nothing" 80th Congress.

But
what in fact did the 80th Congress with its Republican majority accomplish?

(1)
A reduction of 7.5 percent in federal spending (not in the growth of spending,
mind you, but in spending itself).

(2)
A cut in personal income taxes that reduced rates by 10.5 percent at the top and
removed 7.5 million people in the lower brackets from the tax rolls.

(3)
Passage of the Taft-Hartley Act, which redressed a labor-management imbalance
that had existed for over a decade.

(4)
Passage of the Truman Doctrine and the Marshall Plan, basic building blocks in
the policy of containment of communism.

And
yet Truman convinced the American people in his election campaign that the 80th
Republican Congress had done nothing. Why?
Because Republicans led by their presidential candidate Tom Dewey did not bother
to rebut Truman’s false charges. A concerned Senator Robert A. Taft urged Dewey
to hit Truman hard "every time he open[s] his mouth." But a complacent
Dewey responded that over the years he had found that when he got into
controversies, he lost votes.

In
the summer of 1981, President Reagan signed the Economic Recovery Act, which cut
all marginal taxe rates by 25 percent and indexed tax rates to offset the impact
of inflation. Within a year, the
stagflation created by President Carter had disappeared and an unparallled
period of economic growth began which is still continuing today.

In
1982, President Reagan told the British Parliament at Westminster that "the
march of freedom and democracy … will leave Marxism-Leninism on the ash-heap
of history." He was right:
just seven years later, after challenging Mikhail Gorbachev to tear down the
Berlin Wall, the wall did fall and communism collapsed behind the seemingly
indestructible Iron Curtain.

Why
was Ronald Reagan so successful? Because he concentrated on doing a few things
very well and let others worry about who was going to use the tennis court.
But he focused when it counted, lobbying Congressmen in person and by
phone to get their support of the above-mentioned Economic Recovery Act.

He
also succeeded because he was a genius at building and maintaining coalitions.
He was also a pretty fair speaker. And he could call on a vital conservative
movement for ideas, political muscle, and people to run his administration.

In
1995 and 1996, the 104th Republican Congress was responsible for the enactment
of several historic measures, including a balanced budget, welfare reform,
including the elimination of the first welfare program (AFDC) since the New
Deal, and the phasing out of farm subsidies.
And yet President Bill Clinton won reelection by running against the
Republican Congress.

The
parallels between the Gingrich 104th Congress and the Taft 80th Congress are
instructive. Both were ruled by hubris. Both were more often ideological than
prudential. Both misjudged the political skills of the president they faced.
Both took the people for granted. Having
won what they considered to be a mandate, Republicans did not think they had to
bother communicating what they were doing, and why, to the public. Ronald Reagan
did not make any of these mistakes.

And
what of the role of ideas in each of the above three cases?

Senator
Taft was not an intellectual, but a professional politician. He had the most
brilliant mind in the Senate, incisive, analytical, logical. But he was a reader
of legislation, not of books. The one document he knew by heart was the U.S.
Constitution, and he would not deviate from it. He was also a prudent
politician, in the tradition of Edmund Burke. When Congressman Hartley wanted to
eliminate the right to strike from their labor reform bill, Taft blocked the
move, arguing that workers had the right to strike and that such a provision
went too far and would endanger passage of the bill.

Ronald
Reagan was a great reader. There are two conservative books in particular that
made an impression on him–F.A. Hayek’s The Road to Serfdom and Whittaker
Chambers’ Witness. Reagan was also a subscriber to Human Events
and National Review and a member of the Conservative Book Club. He was
the embodiment of Richard Weaver’s aphorism that ideas have consequences.

The
trouble with Newt Gingrich is that he read too much-the Federalist, Drucker,
Toffler, Marvin Olasky, anything and everything, without making a clear enough
distinction as to what was important and what was merely interesting.
In the early 1980s, Gingrich provided the Republican Congressional
Committee with so many ideas that they finally set aside three cabinets for his
suggestions. Every drawer but one was labeled "Newt Ideas." The drawer
at the very bottom of the third cabinet was labeled "Good Newt Ideas."

Yet
Gingrich publicly acknowledged the conservative patrimony that he had inherited.
He knew that he stood on the shoulders of Barry Goldwater and Ronald Reagan and
others and their influence is clear in the Contract with America and the other
legislative accomplishments of the 104th Congress.

Given
the size of Leviathan, it is clear that conservatives must take the long view in
their politics. The modern welfare state was not built in a day and it will not
be dismantled in a day. To prevail
in politics, you must be prepared to run not a 100-yard dash, but a marathon.

Amid
all the inevitable ups and downs, advances and retreats, conservatives can take
solace from the fact, to paraphrase T.S. Eliot, that in politics, there are no
permanent victories or defeats.