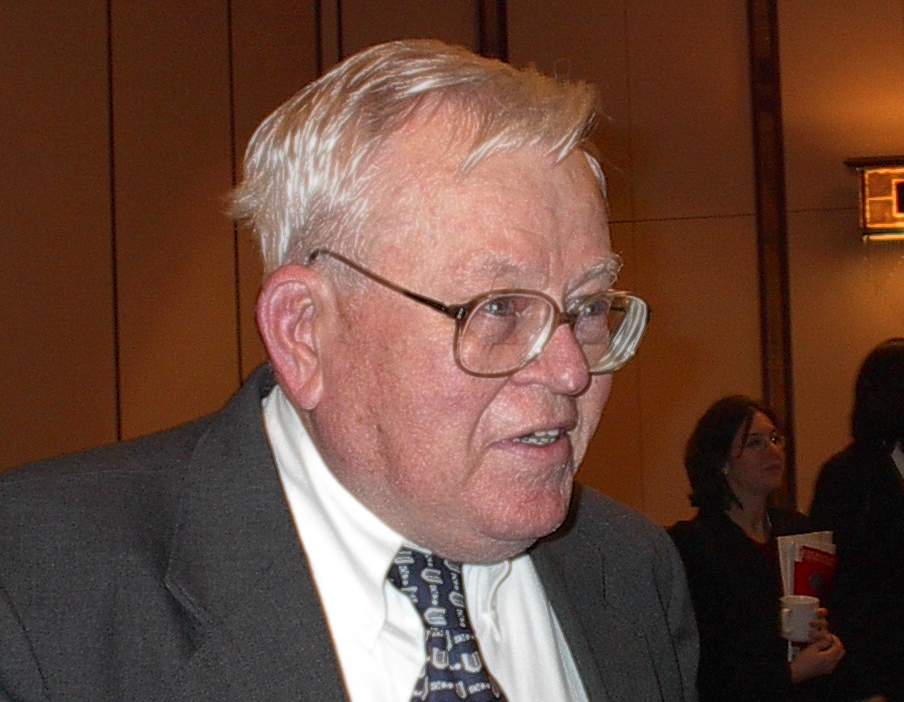 It is a pleasure to appear on this geriatric panel.
If Wisdom is an attribute of age, our palsied presence, ought to add a
distinctive note to this meeting of The Philadelphia Society.
Renovatio, renascence, reformation, restoration, renewal—the
very variety of these terms aiming at the reclamation of a functional and noble
past ought to indicate the persistence of a problem characteristic of the whole
of human history.

The fact, of course, raises yet another important question.
Does historical experience yield us knowledge useful in our confrontation
with the future? Is there such a thing as a useable past?
The extraordinary, but now nearly forgotten, Robert C. Binkley, once
teacher, historian, bon vivant extraordinary, here at Western Reserve
University in Cleveland, once observed that the experience of history was like
driving down an unknown country road at night and in reverse.
The only thing one can see is a road over which one has
already driven.

A more famous and a more dangerous philosopher, now slowly
sinking into the dust bin of history, already quoted today, observed as you all
know, that history never teaches us anything but that history never teaches us
anything. If we’re discussing knowledge of future events, these two
observations are accurate. If,
however, we’re content with insight rather than knowledge, these two
observations are of limited value. After
all, wisdom lies in insight rather than knowledge.
Knowledge always has a tragic dimension as Eve picked the apple.
Insight, on the other hand, leads to understanding.
Insight into the formation of culture or cultures, what we English
speakers mistakenly call civilization, leads to the recognition that culture can
exist only when there are clearly defined hierarchical, political, religious,
and intellectual structures, a clear division of labor and an articulated class
system.

Rousseau and Marx, to the contrary, notwithstanding,
culture can exist only under such conditions.
When these hierarchical and class structures decay, the culture, the
ardor, political, spiritual and intellectual to which they have given rise,
decays with them. The end of the
Old Kingdom in Egypt is a classic example.
And it was not until the chaos of the first intermediate period in
Egyptian history that the peoples of the Nile Valley, till after that
intermediate period, that they resumed their civilizational course.
The same historical description applies to the Maya and the mound
building cultures of the Mississippi Valley.
The European experience from the Greeks to the French Revolution to
Stalin, to Hitler, and to the gutter society created by Fidel Castro—all
provide insights into the same fundamental experience.

Anthropologists, sociologists, and so-called social
historians have attempted in the course of the last century to assert that there
is a great mystery as to the origins of culture. That is, so far as we can
discern, culture is the natural outgrowth of biological and material abundance.
That kings, priests, and poets, are parasites who intrude themselves on
the equality, primitive promiscuity, and shared abundance of an undifferentiated
society. Cultural materialism,
still dominant in the universities, is the political craze of outmoded
academicians. Political leadership
possessed of a creative political and cultural vision is the source of culture.
It is the only source. It is
the vision thing as the elder George Bush once haplessly remarked.

The suppression of internal violence, the articulation of
society through the allocation of role and the division of labor and defeat of
challenges usually barbaric looting parties such as the Islamic invaders of
Spain and France and the Hungarians who in 955 were defeated at the battle of
Lechfeld are important though inadequate to the formation of culture. The elder
George Bush was right; it is the vision thing.
In the course of the last several years, I have been studying the
creation of Europe by Charlemagne and Otto the Great.
These extraordinary men of the 9th and 10th
centuries had a vision that went well beyond the establishment of political
power. Theirs was the vision of a
new and Christian Rome secured by large temporal and spiritual and fostered by
patronage of the arts and letters. Their
vision was essentially one of the renewal–spiritual and political–of the Roman
past which had become a vague and ghostly presence.
It was a renewal which could be achieved only through the joint vision of
a political and intellectual elite. Those
elites, moreover, saw themselves in the service of a spiritual, a religious
ideal. The notion so widespread in
our society that our culture can derive wholly from secular concerns, that we
can continue as a functioning culture with total indifference to religion, is
belied by the human experience. When
the gods die, men follow quickly in their wake.

Aristocracy, the rule of the best, the aristoi, is
the key to the creation and sustenance of culture.
That aristocracy need not, more often than not, is not,
hereditary. It does depend upon the recruitment of the best into the political,
social, religious and intellectual elites of any society.
Democracy is its radical alternative.
I underline democracy is its radical alternative.
The drive for equality of condition and political power, the
democratization of taste, as in contemporary television and the cinema, the
reign of gutter opinion is always a forerunner of social and political
degeneration.
When the President of the United States is a little Abner and
his wife a dogpatch Lady Macbeth, when our humanistic intellectuals have not yet
gone beyond the clichÈs of vulgar Marxism, when the Bishops of the Catholic
Church are, as Winston Churchill said, in another context– they’re the sorts
of fellows who give pederasty a bad name.

When this condition exists, we’re in trouble.
The quest for aristocracy, the protection of unequal political power, and
the preservation of unequal properties, are essential elements in the American
political tradition. Let’s forget
all this crap about democracy. The
fear of democracy was one of the most important elements in the American
founding. Read John and Abigail
Adams on this subject. Alexis de Tocqueville’s Democracy in America, is
a handbook of methods to prevent the usurpation or power and the theft of
property by democracy. Of the four
great Bostonian historians of the nineteenth century, three of them, Prescott,
Parkman and Henry Adams were anti-democratic.
The same is true, of course, of the American novelist, James Fenimore
Cooper who was a most radical conservative and anti-democrat.

The evidence, I believe, to be clear and irrefutable, that
without dedicated political, religious, social and intellectual elites, cultures
cannot be created, sustained, or revived.
Marxists are fond of arguing that historically authentic
culture is the work of the creative masses.
Gene Brucker, my fellow participant of more than fifty years ago in
Charles Odegard’s seminar on the 10th century, wrote in his recent
book Florence the Golden Age: 1138-1737, University of California
published it in 1998, and here I quote him, “Though an elitist interpretation
of urban experience is not palatable to our age of mass society” and he has
mass society in quotation marks, “so hostile to aristocratic traditions and
values, it is supported in the case of Florence by massive evidence both visual
and documentary.”

But just as there is no room in this description of human
reality for crackpot democracy so there is no room for an elite of Nietzschean,
superman, criminal types who impose their decadent wills upon their fellow men. Noblesse
oblige, nobility obligates, all culture is dependent upon a service
aristocracy whose lives are devoted to the realization of their ideals and the
service of their fellow men. This
does not mean that they must be animated by a false humility which they wear as
Benjamin Franklin did, as a suit of Quaker brown. The lower orders are only too
willing to acknowledge heroism, saintliness, and commanding intelligence.
The problem of our time is that men are crying out for leadership in an
age when very little leadership exists. And
here let me underline something terribly important in this whole question of
renovation, of renewal, of renaissance, of reform, that is, when we think to
return to an older tradition, when we think to return to a classic past, we must
remember that history is a one-way street, and it does not repeat itself.
So that there can be no real restorations, what happens in that moment of
return is an activation is an activation of the spirit which produces new forms.

I am very interested, for example, in neo-Gothic
architecture, the whole medieval revival of the late 18th and 19th
centuries, the great buildings produced by Augustus Welby Pugin, Viollet le Duc,
and in America by Ralph Adams Cram are buildings which are medieval in spirit,
indeed, they are even medieval in technique.
But, they are extraordinarily contemporary and extraordinary
creative and very different from the structures of the medieval past.
We just spent a day recently visiting the wonderful Gothic revival
buildings in the city of Pittsburgh. Pittsburgh
has more great gothic revival buildings than any other city in the United
States.
Go to Pittsburgh and see them. Beginning with, of course,
Ralph Adams Cram’s, Liberty Street Presbyterian Church, which is a Gothic
cathedral; it’s higher than high church.
For Presbyterians this is something quite shocking.
I suppose it didn’t bother the Mellons.
The Calvary Episcopal Church, again designed by Ralph Adams
Cram, is a beautiful building, but it is not really medieval.
A Heinz Chapel at the University of Pittsburgh has the grandeur like that
of Sainte Chappelle, but it is not really medieval.
The Cathedral of Learning on
the campus of the University of Pittsburgh intends to be an adaptation of
medieval architecture to the modern skyscraper before, of course,
the Tribune Tower in Chicago. It’s
not medieval, it’s new and very different.
What I am telling you is that the spirit works in its own way in reviving
the past. It will lead to a new
creation. Remember that Americans
thought in the American Revolution that they were reclaiming, reinstituting
their rights and liberties as Englishmen. But
what they did was create a New Order of the Ages.
It is well to recognize that technological sophistication is not culture.
And, indeed, in the absence of genuine culture the hand will eventually
lose its coming; reason will lose its spiritedness, and love will lose its
ability to bind people together. At
the present time the elites are in decay, and compelling ideals, the vision
thing, or vision things I should say, do not reach beyond the grossest animal
satisfactions. Human kind wants to
believe. It is high time that
conservatives raise their sights above libertarianism and the market.