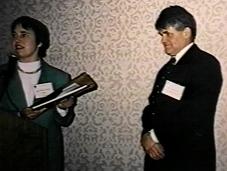 (Permission to quote this speech must be granted by the Author)

It’s a pleasure to be here before the Philadelphia Society, an organization that
knows what limited government means. That’s an understanding that most of the
country has lost, you know. I saw a bumper sticker the other day that said,
"Invest in America-Buy a Congressman."

Of course, you can’t buy a congressman. As Louisiana Senator John Breaux
used to say, "You can only rent one."

What that means, as economist Richard Stroup often explains, is that every vote
is up for grabs. Nothing in politics is secure. That’s the difference between
private property rights and government.

Nearly 20 years ago a popular economist, Lester Thurow, explained
environmentalism in economic terms. He explained that environmental goods
such as clean air and clean water are just like other consumer goods, except that
they have to be provided collectively.

Well, for more than 20 years a number of people, many of them in this room,
have been explaining where Lester Thurow went wrong. Starting with a book
called Bureaucracy vs. the Environment, people, many of whom are in this
room, such as John Baden, Terry Anderson, Richard Stroup, P. J. Hill, Don
Leal, Fred Smith, R. J. Smith, Bruce Yandle, and more recently Lynn Scarlett,
Jo Kwong, Roy Cordato and others, have been showing us that collective
protection of the environment is fraught with high costs, unfairness,
bureaucratic inertia and, most of all, often fails to get the job done.

Las year, Terry Anderson and Don Leal took another step. They published a
book that looked at the bright side of environmental protection-and of course
that means they looked at what is being done privately. Their book
Enviro-Capitalists (Rowman & Littlefield) tells the story of many people
around the globe who are acting quietly, independently, and creatively to protect
and restore the environment. They are using market tools to preserve open
space, develop habitat for wildlife, save declining species.

Today, we are pleased to honor one of those enviro-capitalists with PERC’s
1998 Enviro-Capitalist Award.

Orri Vigfússon is a man who saves salmon. As many of you know, there have
been severe declines in the numbers of Atlantic salmon in recent years. Many of
these salmon die because of extensive commercial fishing. Through Mr.
Vigfússon’s efforts, however, more than a million salmon have returned to their
homes to spawn, rather than losing their lives to commercial fishing.

Orri preserved salmon by using the tools of market exchange, which is based
on private property rights. He didn’t buy a congressman or a Member of
Parliament. Mr. Vigfússon is the chairman of the North Atlantic Salmon Fund.
Under his leadership, this fund has bought out commercial fishing rights off the
coast of Greenland and the Faroe Islands. In other words, fishers who would
otherwise have used their netting rights to obtain salmon instead halted or
limited their fishing in return for a fee. Mr. Vigfússon’s creative understanding of
the potential for voluntary cooperation through market exchange and his ability
to act on this understanding are the reasons why he is receiving this award.

Orri knows what it is to be an entrepreneur. In his workaday life in Iceland, he
has carved out an extraordinary niche–or niche as some of the Eastern folks like
to say. He distills vodka and sells it to-the Russians! Vodka to the Russians. Is
that like carrying coals to Newcastle or what?

But his passion is salmon sport fishing (catch and release) and doing what he
can to keep the salmon swimming through the rivers. Not only has he saved
salmon, but he has shown that private ownership can lead to environmental
protection. It’s a lesson that we all need to remember.

I am pleased to present you, Orri Vigfússon, with PERC’s Enviro-Capitalist
Award. Thank you for your contributions to environmental protection through
private property rights, the rule of law, and market exchange.