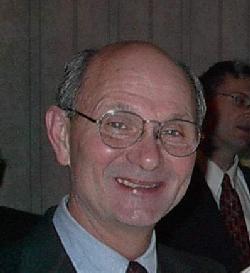 Admiral Ratliff, who retired last year as the 58th Director of
Naval Intelligence and earlier served as Director of Intelligence for the US
Pacific Command, made three general observations.First, our already
dangerous world is increasingly unstable. On the very day in 1991 when
Iraqi troops invaded Kuwait, then-President Bush was in Aspen, Colorado,
unveiling his New World Order and reflecting on the potential of a kinder, gentler world.
Ratliff offered a brief catalogue of threats, ranging from weapons of mass
destruction and more conventional military capabilities, such as increasingly
quiet diesel submarines, to pariah states, drug lords, and cyber-terrorists.
Russia, China, and even Western nations, are serving as the R&D centers for trouble makers,
who are able to purchase capable weapons on the world market that they could
never develop themselves. Further, the rapid growth of military and
information technology is creating the prospect for a major discontinuity in
military capability. The lethality of weapons our aircraft, ships and
tanks will be able to put on target may grow by 1,000 or even 10,000-fold in the
coming decades, while the internet opens new possibilities in what has been
dubbed "netcentric warfare."While these new capabilities will
disproportionately favor the US and the world’s most advanced nations, even
marginal bad actors will be able to exploit these new capabilities.
Employing asymmetric capabilities and tactics, they will pose a significant threat.

Second, Admiral Ratliff commented that every relationship is ambiguous, with
even the closest ally being an economic competitor, many military and political
competitors being major trade partners, and rogue states sometimes being
important in common efforts to suppress the drug trade or terrorism.
Conservatives, with their prudential and practical frame of mind, are well
situated to contribute to an effective international security policy in such a
world.

Admiral Ratliff stressed that Americans need to develop the ability to see the
world from the perspective of other nations.This will be essential if the
US is to make wise decisions in pursuit of its own national interests and
values. Using China as an example, he argued that American policy should
seek to
avoid making the intellectually bankrupt "communist" leaders in
Beijing nationalist heroes across China by pursuing confrontational policies.
Today, Chinese President Jiang and his fellow Communists face an unstable
domestic situation, with dozens of fundamental problems as they try to feed,
clothe,
employ, educate, and retain the loyalty of a huge population that has no
allegiance to the dry husk of communist ideology. In order to find
resources to keep their economy growing and to meet the minimum expectations of
the Chinese people, the Communists have made the military a low national
priority. Another key US objective should be to avoid giving them reason to increase this priority. As viewed from Shanghai, Canton, or Beijing,
China is a southward-looking country struggling with tremendous domestic
problems, yet with a significant jingoist potential if they fail to learn how to
live in a cooperative community of nations. The US should be clear in its
goals and in its determination to pursue its interests and values in East Asia.In
recent years we have too often sent ambiguous messages that left Beijing
uncertain of our national will and interests.

In conclusion, Rear Admiral Ratliff said the US should not assume a negative
outcome with our relationship with China.We must track their growing
military capability carefully, but not exaggerate it or give the Chinese reason
to accelerate its development. Instead, we should be clear in our
insistence on
real reciprocity in our dealings and that China learn to be a good neighbor as
it emerges as a major player in East Asia.