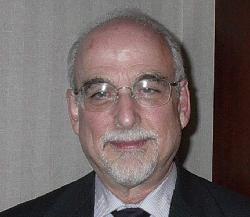 Good evening. It
is an honor and pleasure to be here today.

I’m so happy to be invited to
address The Philadelphia Society that I will forego the usual Cleveland cracks,
including the one about how the Cuyahoga river burst into flame frying its vast
schools of three-headed fish. This is a sacrifice for me because as a
third-generation Clevelander I am well-versed in Cleveland lore.

I went to school here and to
college too. My interest in art stems from visits to the great Cleveland Museum
of Art with my sainted aunt Gertrude and I heard my first live classical music
at Severance Hall just up the street. Then Cleveland was on the economic ropes
but soon after I left for graduate school things started to look up. The
remarkable downtown recovery you have seen around you today started soon after
my departure. I don’t think there
is a causal relation ship here.

The topic you’re to discuss this weekend is “The
creation, transmission, and renewal of culture.”
That’s a lot to chew on — particularly in light of
the events of the last year. One
thing that the attacks of September 11 revealed was the importance of our
culture — the principles we hold, ideas we share, and freedoms we enjoy.

Today, I’d like to talk to you about the centrality of culture and the
humanities to democratic and civic life; the danger of American amnesia; and the
possibilities of recovering our memory and protecting the best of our culture.

Importance of the Humanities

In times of crisis and conflict, the humanities and the arts are often
praised as sources of consolation, comfort, expression, and insight, but rarely
seen as essential, or even high priorities.
But they are much more than that. Indeed,
the humanities help form the bedrock of civic understanding and civil order.

The range of the humanities
disciplines is wide; their impact deep. The
classics and archeology show us from whence our civilization came.
The study of literature and art shape our sense of beauty.
The knowledge of philosophy and religion give meaning to our concepts of
justice and goodness.

The NEH was founded in the belief that cultivating the best of the
humanities had real, tangible benefits for civic life. Our founding legislation
declares that “democracy demands wisdom.”
America must have educated and thoughtful citizens who can fully and
intelligently participate in our government of, by, and for the people.
The NEH exists to foster the wisdom and knowledge essential to our
national identity and survival.

Indeed, the state of the
humanities has real implications for the state of our union.
Our nation is in a conflict driven by religion, philosophy, political
ideology, and views of history — all humanities subjects.

Our tolerance, our principles, our wealth, and our
liberties have made us targets. To understand this conflict, we need the
humanities.

The values implicit in the
study of the humanities are part of why we were attacked.
The free and fearless exchange of ideas, respect for individual
conscience, belief in the power of educationÖ all these things are anathema to
our country’s enemies. Understanding
and affirming these values is part of the battle.

The attack on September 11 targeted not only
innocent civilians, but also the very fabric of our culture.
The terrorists struck the Twin Towers and the Pentagon, and aimed at
either the White House or Capitol dome — all structures rich in meaning, and
bearing witness to the United States’ free commerce, military strength, and
democratic government. As
such, they also housed many of the artifacts — the manuscripts, art, and
archives — that form our history and heritage.

Of course, the loss of archives and art, no matter
how priceless and precious, is dwarfed by the loss of life.
Each life that was snuffed out that day was itself a work of art and a
historical record. Each
person who died on September 11 meant the world to others.
I often fear that the scholarly tendency to over-theorize under-estimates
the importance of the individual. One
of the clearest lessons of that awful day is that individuals matter — their
decisions, their courage, their sacrifices, their hopes, their lives.

They — not theories — are
the stuff of history.

This is not a new concept.
America’s founders recognized the importance of an informed
and educated citizenry as necessary for the survival of our participatory
democracy. James Madison famously
said, “the diffusion of knowledge is the only true guardian of liberty.”
The humanities tell us who we are as a people and why our country is
worth fighting for.

They are part of our homeland defense.

However, the principles of democratic self-government cannot be affirmed
unless they are understood and remembered.
And while we face an enemy across the seas, we also face a serious
challenge to our country that lies within our borders — even within our
schools: the threat of American
Amnesia.

One of the common threads of great civilizations is the cultivation of
memory, Lincoln’s “mystic chords of memory, stretching from battlefield and
patriot grave to every living heart and hearthstone all over this great land.”
Many of the great works of antiquity are transliterated from oral
traditions. From Homer to the
Beowulf epic, such tales trained people to remember their heritage and history
through story and song, and passed those stories and songs throughout
generations. Old Testament stories
repeatedly depict prophets and priests encouraging people to remember, to
“write on their hearts” the events, circumstances, and stories that make up
their history.

We are in danger of forgetting this lesson.
For years, even decades, polls, tests and studies have shown that
Americans do not know their history, and cannot remember even the most
significant events of the
20th century.

Of course, we’re a forward-looking people.
We are more concerned with what happens tomorrow than what happened
yesterday.

But we are in danger of having our view of the future obscured by our
ignorance of the past. We
cannot see clearly ahead if we are blind to history.
Unfortunately, most indicators point to a worsening of our case of
American amnesia.

At the
secondary school level, the National Assessment of Educational Progress (NAEP)
test found that over half of all high school seniors scored “below basic”
— that is, below the most minimum level of proficiency in history.
In fact, 52 percent of seniors thought that one of the axis powers —
Germany, Italy or Japan — was a U.S. ally in World War II.

∑
At the university of level, a study of students at 55 elite
universities found that that over a third were unable to identify the
Constitution as establishing the division of powers in our government, only 29
percent could identify the term “Reconstruction,” and 40 percent could not
place the Civil War in the correct half-century.

And among
the American public as a whole, a recent Columbia University Law School survey
found that 2/3 of those polled thought that Karl Marx’s dogma “from each
according to his ability, to each according to his needs” was or may have been
included in the Constitution.

Such collective amnesia is dangerous. Citizens kept
ignorant of their history are robbed of the riches of their heritage, and
handicapped in their ability to understand and appreciate other cultures.

If
Americans cannot recall whom we fought, and whom we fought alongside, during
World War II, it should not be assumed that they will long remember what
happened on September 11.

“And
a nation that does not know why it exists, or what it stands for, cannot be
expected to long endure.
Recovering our Memory

As the nation’s leading cultural agency, the NEH
has, I believe, a role to play in the current conflict — both in understanding
the war itself, and in understanding our own nation.
There are several things we can do to alleviate our serious
case of American amnesia.

At the NEH, we have recommitted ourselves to the
core functions of the agency, including the preservation, protection, and
exhibition of historical and cultural artifacts.
We reaffirmed the central role
of scholarship in all our activities.

We believe an important
part of the NEH’s role is to ensure the survival of seemingly obscure
knowledge. Scholarly editions,
Presidential papers, preserved copies of historic newspapers, and lexicons of
ancient tongues all deserve — and will receive — the same enthusiastic
support we give to television documentaries seen by millions.

But most directly, on September 17,
Constitution Day, through the words of our President, George W. Bush, we
launched an exciting new initiative entitled “We the People.”
“We the People” is an major agency effort aimed at promoting the
teaching, study and understanding of American history.
I am honored to share the details of our initiative with you.

The We the People initiative has
three components:

We will
solicit grants on projects and programs which encourage and enhance the
teaching, study and understanding of American history.
The NEH will call on scholars, teachers, filmmakers, curators and
librarians — and yes, that means many of you in this audience — to submit
grant applications that explore significant events and themes in our nation’s
history and that advance knowledge of the principles that define America.
Proposals for the "We the People" initiative will be evaluated
by NEH’s grant review process. Application
forms are available at www.neh.gov.

We will
launch an annual lecture on the “Heroes of History.
We hope to hold the first lecture this coming February, around George
Washington’s birthday. This nationally published lecture by a noted scholar
will provide an opportunity for the public to learn about the lives and deeds of
our nation’s heroes.
We chose this topic carefully.
We believe that heroes exist, that their actions matter, and that their
stories are instructive and inspiring. They
engender respect for our past and promote patriotism.

Finally,
NEH will sponsor a nationwide essay contest for young people on “The Idea of
America.” Participating high
school juniors will write a 1,200-word essay on a topic that asks them to think
about the tenets that define and unite our nation.
The winner will be recognized at the “Heroes of History” lecture and
will receive a $5,000 prize. We
will encourage, and hope to see, strong participation in the home schooling
community, as well as among students in public and private schools.

We
anticipate that our initiative may expand over the coming years to include new
grant categories and competitions, including a model history curricula
competition, expanded summer seminars and institutes to teach high school
teachers history, and an expansion of the presidential papers project.

More information on our initiative is
available at our web site, www.wethepeople.gov.
We are excited about this promising new initiative, and appreciate your
thoughts, suggestions, and support. And
perhaps even more to the point, we welcome your applications.

Let me add one final word:

In a time of conflict and crisis, we can draw from the humanities’ deep
well of wisdom.
For perspective, guidance, and even consolation, we can look
to history, literature, philosophy and the arts.

But these resources are not available to everyone.
Too many Americans, especially young people, have been deprived of the
tools of citizenship and the building blocks of the good and examined life.
Without a knowledge of history, and particularly our own nation’s
history, students cannot understand the current conflict, the world around them,
or even themselves.

This is a challenge we need to meet and best.
We cannot expect that a nation which has lost its memory will keep its
vision. We cannot hope that
forgetting the past will enhance our focus on the future.
And we cannot neglect the great democratic imperative:
to give each succeeding generation a brighter light, a broader
perspective, and an enriched legacy with which to face the future.